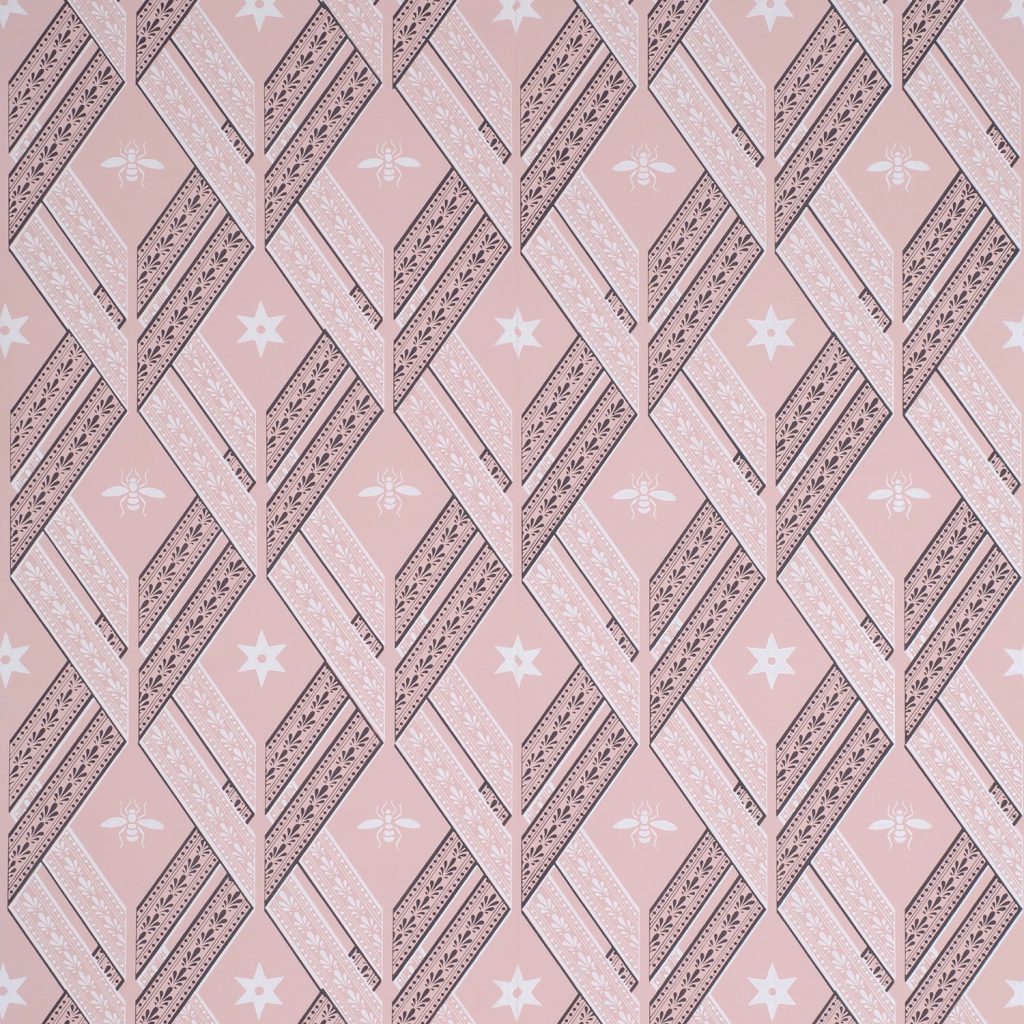 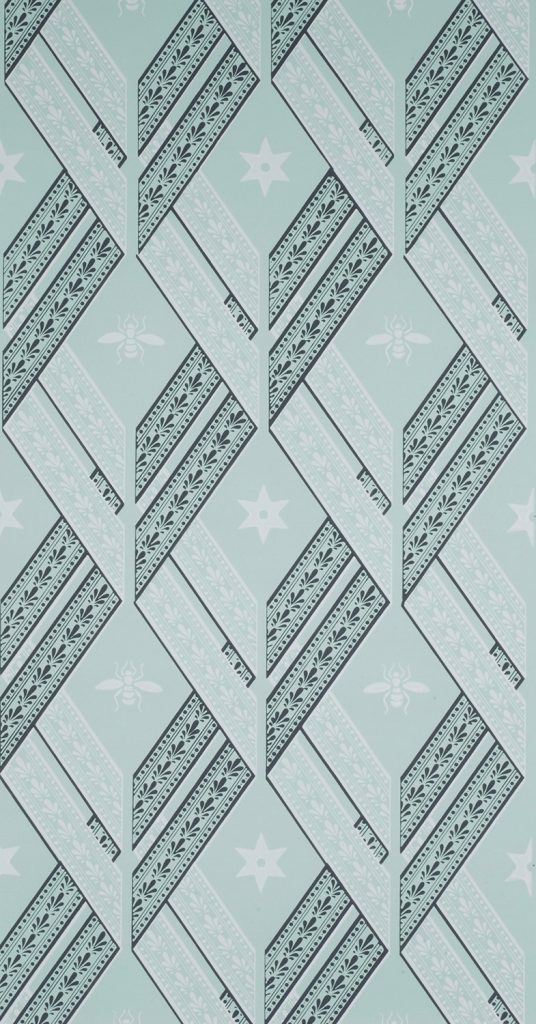 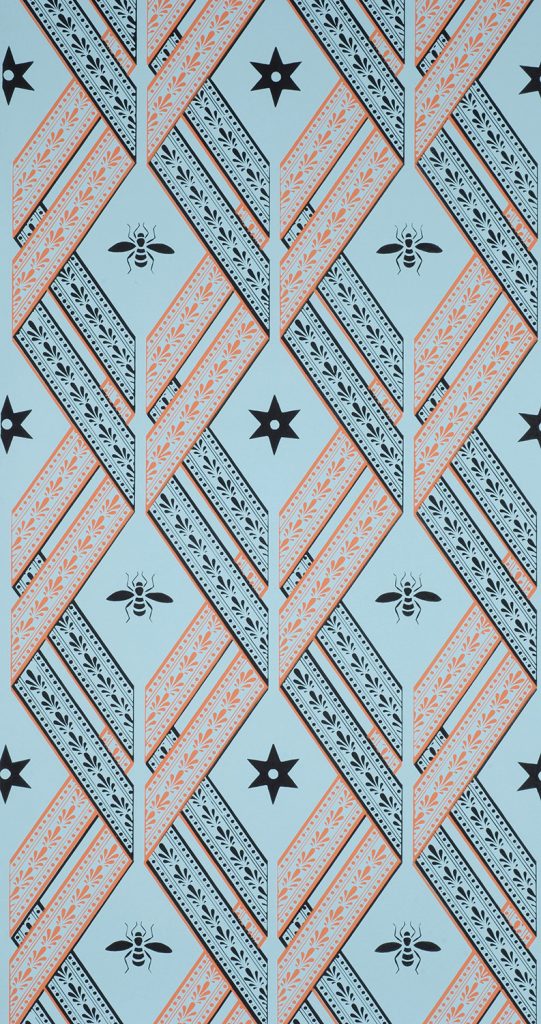 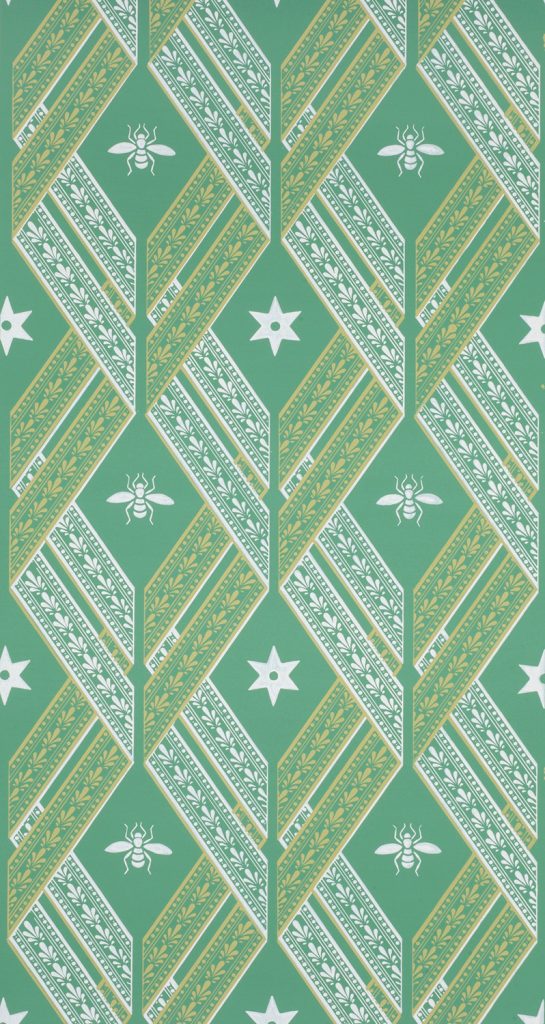 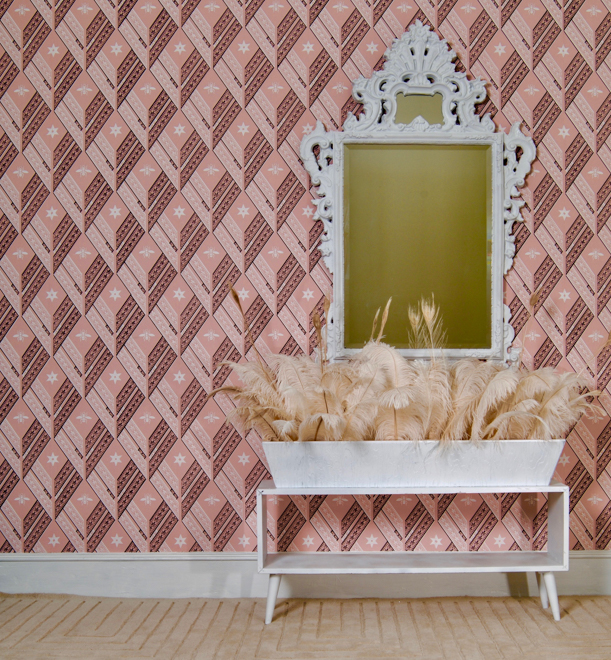 The Bees and Stars paper was found on an early American bandbox, although the bees and the original colors were almost indiscernible from wear, except in small protected areas under the rim of the lid. It is a fine example of a harlequin pattern, with its inverse relationship of black and white, which creates a bold geometric framework ornamented with bees and six pointed stars.

The pattern dates from the very early years of the 19th century when the geometric styles were at the height of their popularity, having originated in 1800 in France and rapidly migrated across the Atlantic.

Although there were French émigré printers in Philadelphia during this period who were producing papers of similar quality and style to those of their homeland, this pattern seems likely to have been imported, as suggested by the stars, with six rather than five points and the use of the ornamental bees, which were a symbol of Bonaparte.