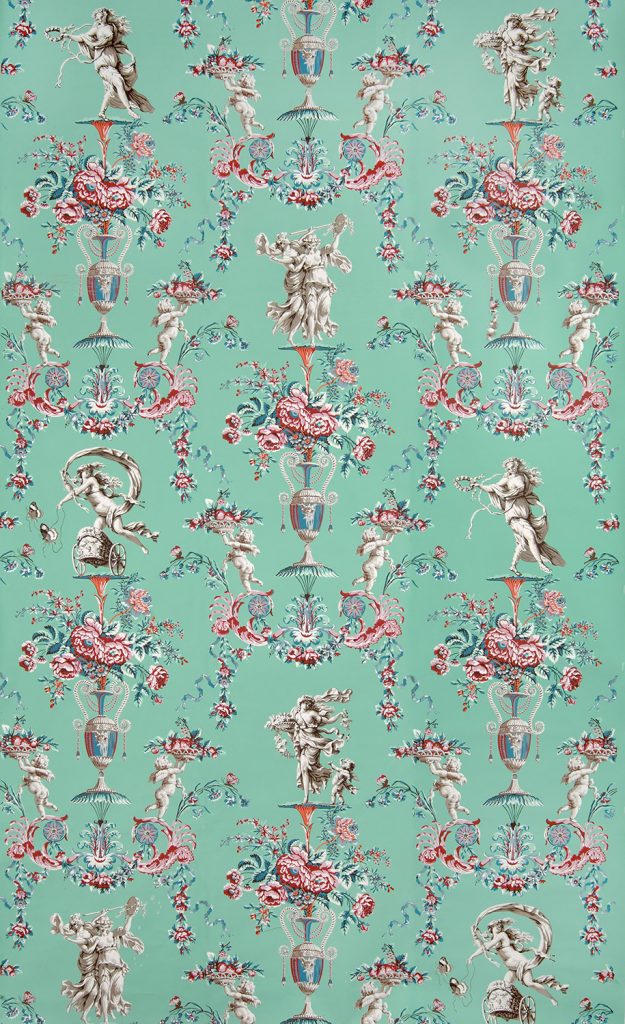 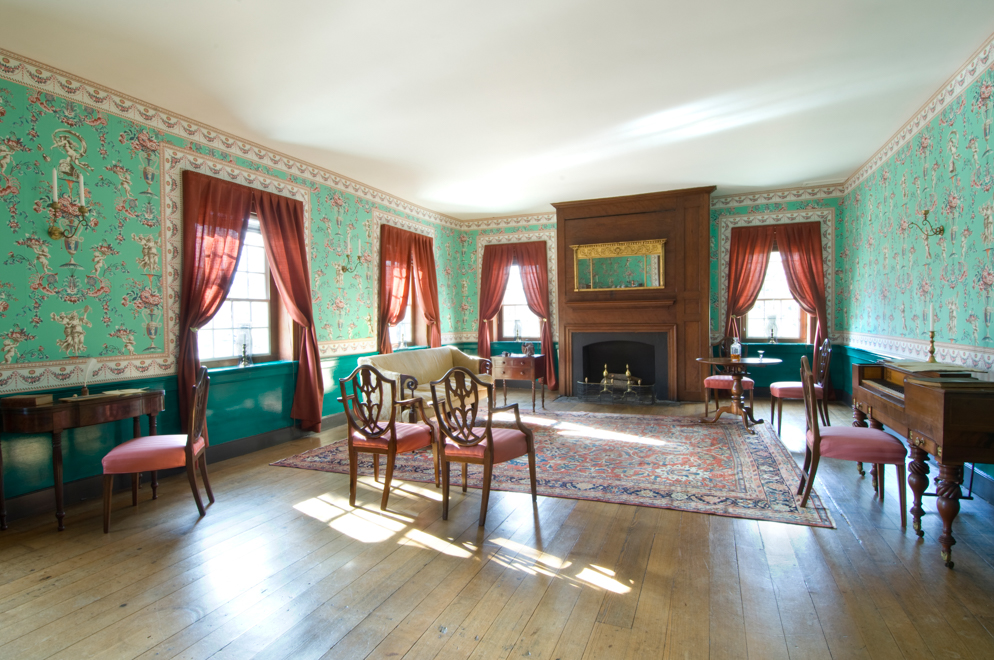 During a 1962 renovation, fragments of this pattern were discovered in Locust Grove, the 1790s Federal style home of William Croghan, near Louisville, Kentucky. Though the few surviving pieces comprised only a small portion of the overall pattern, it nevertheless obvious the paper was of a higher caliber than what would have typically been used in the western frontier.

Certain aspects of the design were quite similar to the very well known 1787 arabesque by Reveillon, but the Locust Grove paper was clearly a rendition printed by a contemporary of Reveillon’s. The original Reveillon was a much more elaborate production that involved a combination of block printing, hand brushed color and gilding, wheras the Locust Grove version was entirely block printed. In addition, the surviving figure of “Flora” in the Locust Grove version was oriented in the opposite direction of the same figure on the Reveillon paper. This would most likely have been the result of tracing of the original and then transferring that image to a new block for carving.
Though more flowing and feminine than many arabesque papers of the time, patterns which were decidedly more structured, it nevertheless is an impressive and commanding design. This is especially true when one considers that the long structural repeat of nearly four feet is multiplied by four different figures or figure groups which alternate: Flora, Venus, Flora with Cherub and The Dancers.