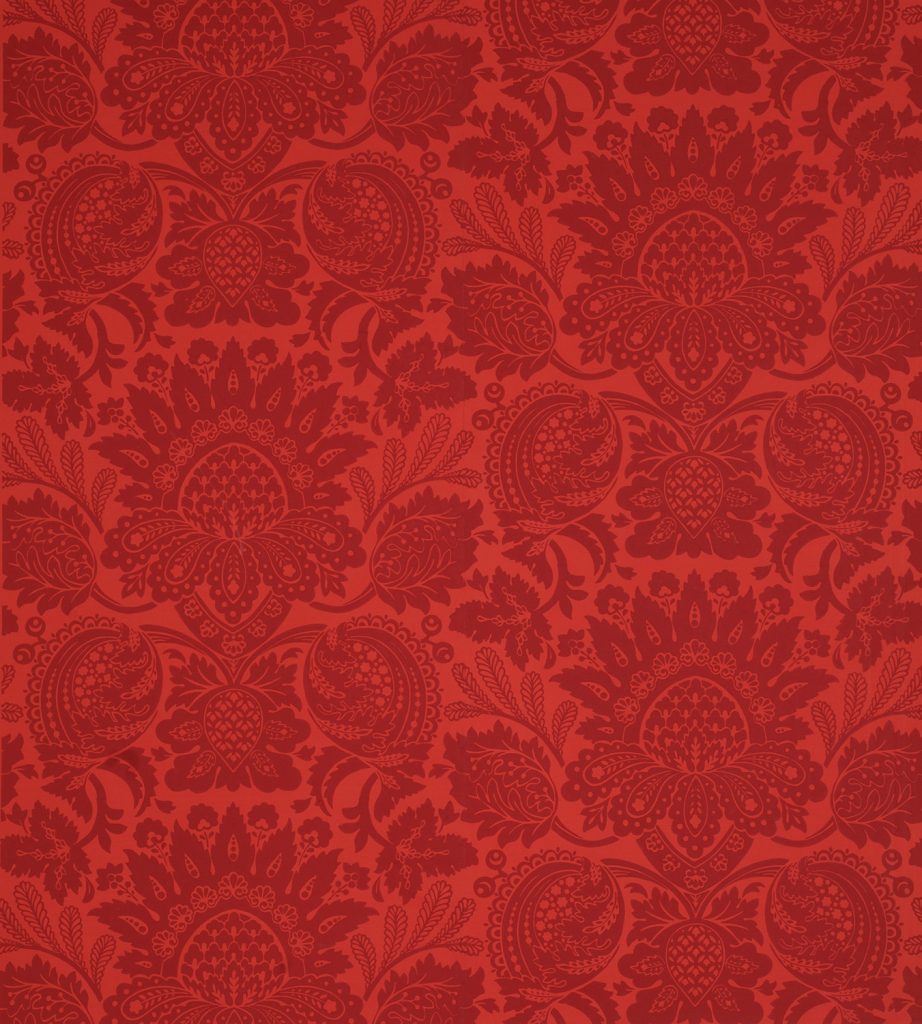 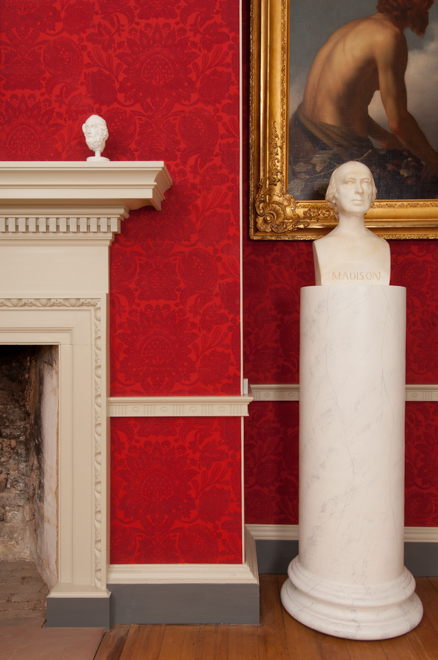 Adelphi Paper Hangings was commissioned to reproduce this pattern for the main parlor at Montpelier, the historic home of President James Madison.

The version printed for Montpelier is flocked, since it is believed that a flocked paper was originally hung in the restored room ( the original Montpelier paper has not been identified). The version offered here is not flocked but reproduces the original colors of the archive document, which is from the Adelphi archive, originally found in a trunk in Richmond, Virginia. Beyond that, it is difficult to determine its origin.

While altering historic patterns is not Adelphi’s customary approach when reproducing historic wallpapers, it was very much a tradition among early wallpaper manufacturers.

Our research has identified a very similar flocked wallpaper in England installed at Temple Newsam, near Leeds, in the mid-18thcentury. Another flocked version was used in 1825 at Lydiard Park, near Wiltshire. Both of these patterns were designed in such a way that the pattern could be hung as a straight match or a half drop. Slightly later, in the 19th century, the French company Zuber modified the pattern further to produce a non-flocked interpretation on a vibrant irisé ground.

With the exuberant splays of stylized pomegranates and plant structure it is understandable why this stunning pattern has continued to be well received in all of its versions.