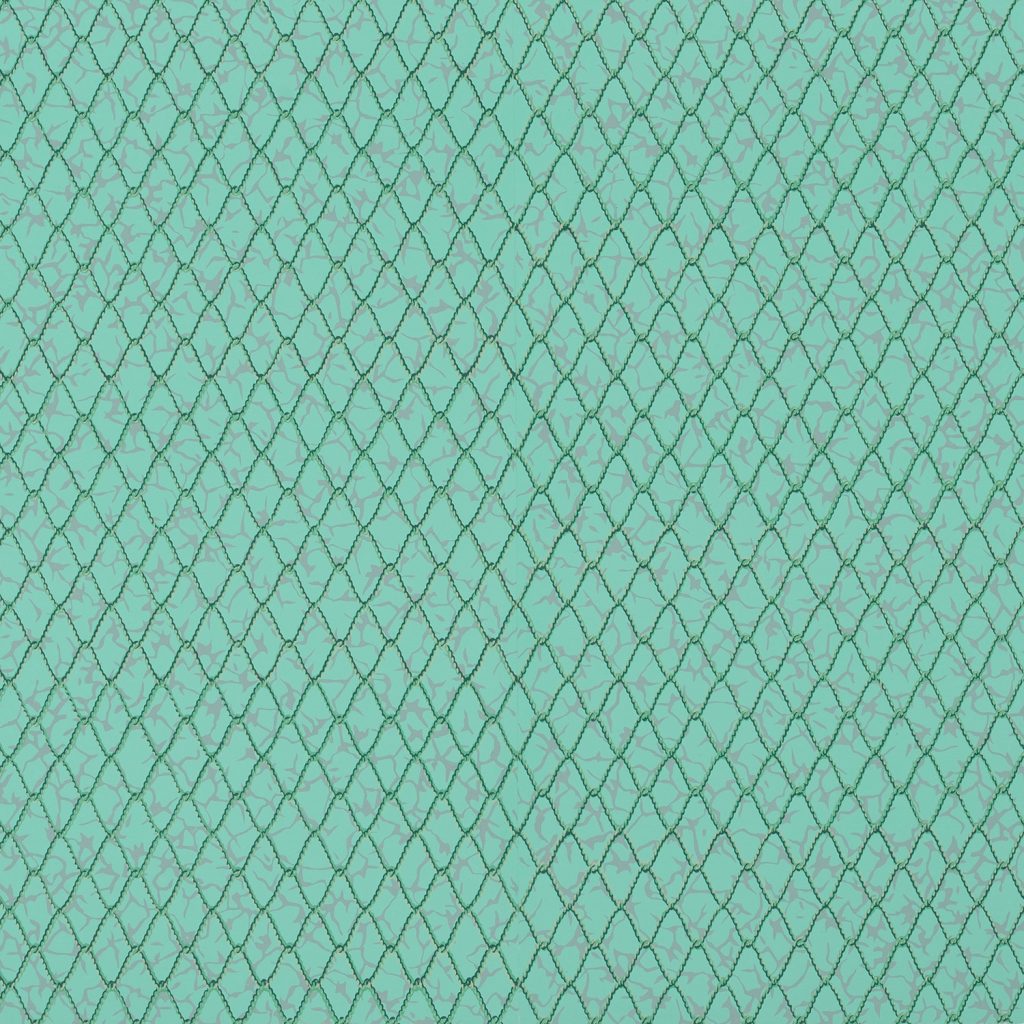 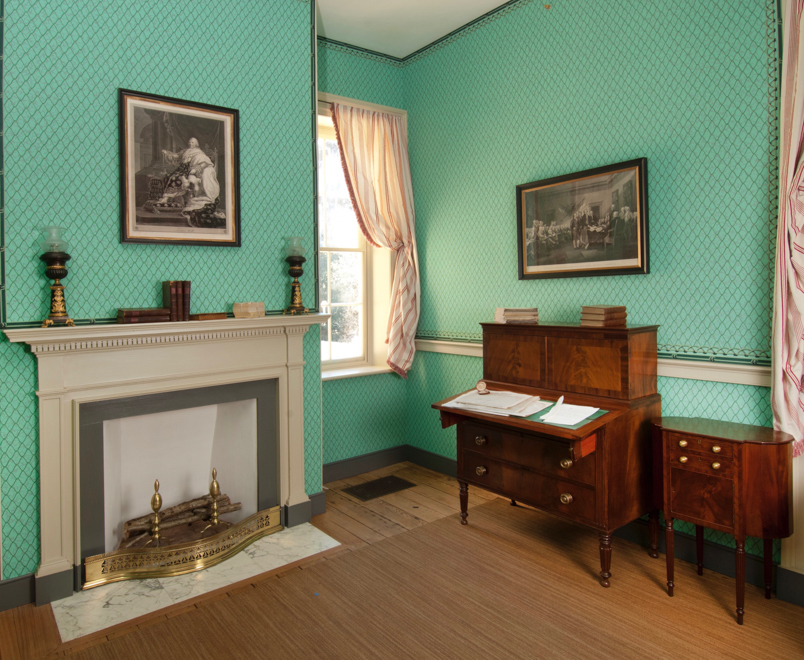 In 1971 an unused roll of this pattern was discovered in the Rundlet-May House in Portsmouth, New Hampshire. (The accompanying Gimp Border or Frieze was also found in the house, but not until 2008.)

When examining the original document at Historic New England, we realized that the primary pattern element – the netting – measured 21 ½ inches wide, but the veined pattern beneath was only 21 inches. This, along with the fact that the block repeat of the two motifs differed by almost 5 inches, suggest that they were not initially designed as a whole. The veining may have been used as the background for another pattern as well.

Our standard policy for reproducing patterns is to copy them as nearly identical to the original as possible. However, in this case we decided to extend the veining to the same width as the net. If absolute authenticity is required a portion of the vein block can be masked off during printing to return it to its original dimensions. The netting can also printed without the veining.

With its modest scale and overall design this pattern might be best suited for smaller, more intimate rooms such as a bedroom. Then again, the trim which accompanied it – Gimp Border or Frieze – when used as a frieze, hints at it possible use for a larger space, perhaps one with an abundance of doors and windows in which a pattern with a large scale might become disjointed.

The repeat length listed is that of the netting; when installed the vein pattern will not match from one drop to the next; colors for the veining on all the colorways are subdued to minimize the discrepancy.