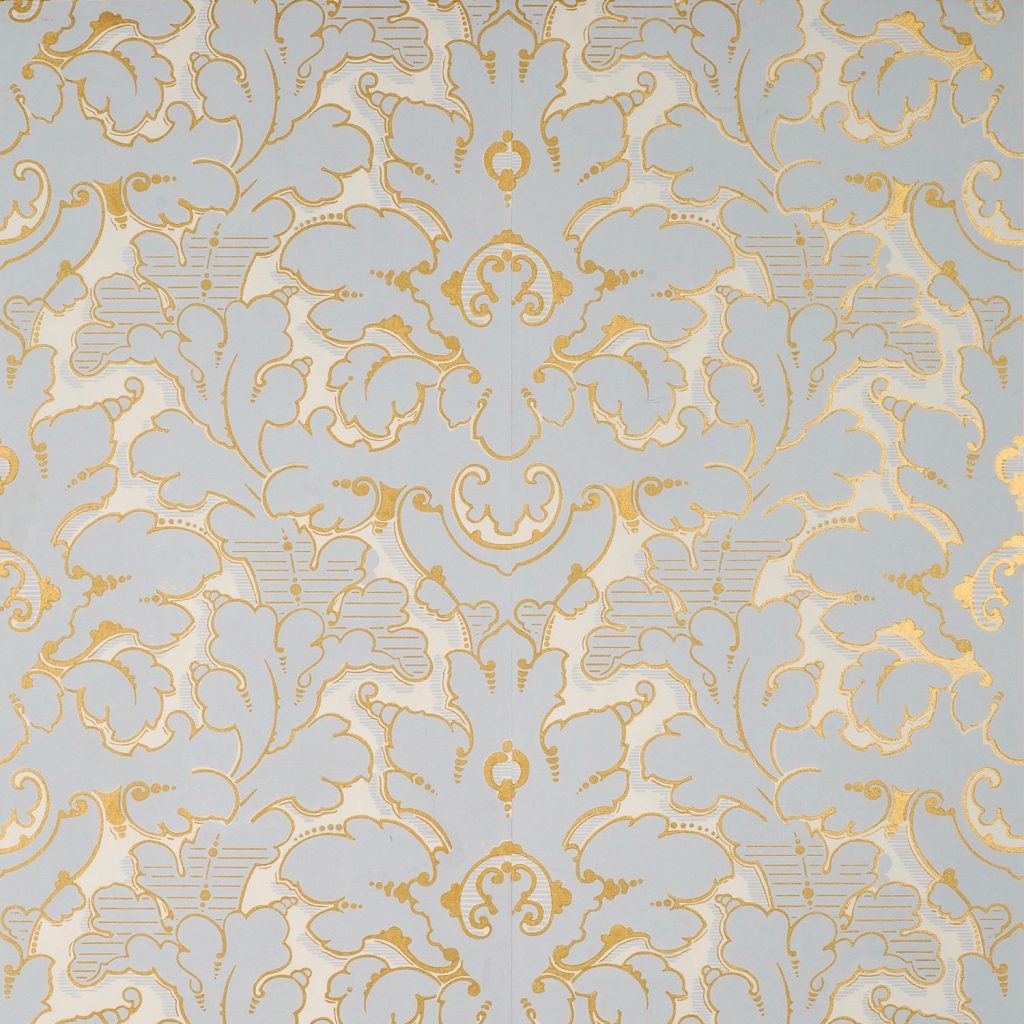 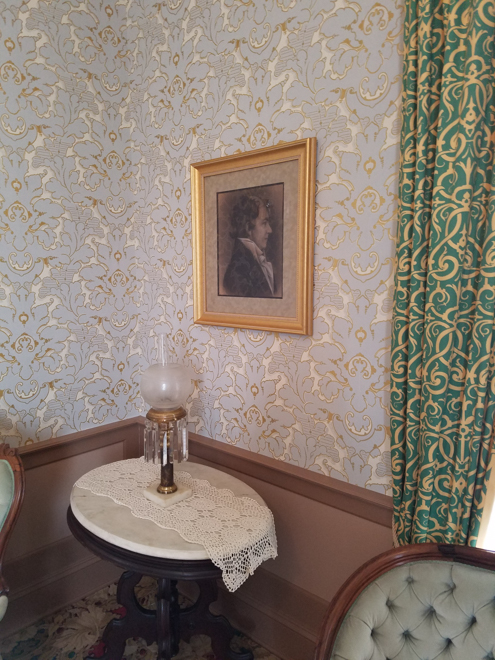 The “Wheatland” house was built in 1828 by William Jenkins, a wealthy Lancaster, Pennsylvania banker. In 1848, James Buchanan (then Secretary of State) bought the house and 22-acre estate. From there, in 1856, he conducted his “front porch” campaign for the Presidency. Wheatland became its symbol, and in many areas Buchanan supporters formed “Wheatland Clubs” to promote his election. Successful in his bid, he served one term (1857-61) in the White House and then returned to his estate to pass his remaining years. He died there in 1868.

The house had several subsequent owners before being acquired in the 1930s by the Junior League of Lancaster, which later organized the James Buchanan Foundation for the Preservation of Wheatland, the present owner.

The room in which Adelphi’s Wheatlands Volute is now hung is know from a published engraving of a political gathering to have contained wallpaper in Buchanan’s time While the pattern cannot be identified from the etching, its curving motifs suggest that it was likely a volute pattern. In restoring the room, the Foundation selected this related, period sample in the Smithsonian’s collection, which Adelphi reproduced in the original gold and gray on crème colorway.